Save Me From Myself

NYC singer/songwriter Kati Mac has a new CD called “Save Me From Myself”.

After years of going to Nashville to write, she was inspired to create a CD of what she calls Americana Rock songs. The title track was written with hit songwriter Rand Bishop (“My List” Toby Keith). “I was very turned on by the haunting images and sound of our demo of “Save Me From Myself”.
It made me want to create a whole cd of moody, dark songs. Nothing gets that vibe across like the instruments used for the Americana genre.” Other notable number one/veteran Nashville songwriter’s that she penned songs with for the CD are Jane Bach (“The Last One To Know”, Reba McEntire), and Richard Wold, (“Coming In And Out Of Your Life” Barbara Streisand).

“All of my other CDs have been in the melodic rock/acoustic rock genre. It was a lot of fun to combine a few different elements; Blues, Americana, Rock, Folk, for a more rootsy approach to the production”. “We integrated the soulful sounds of Dobro and National guitar, played by Steve Kirkman (Hope Machine) as well as fiddle, played by the always inspiring Deni Bonet”. Noted NY session player, writer. producer, Jon Cobert co wrote 2 of the songs, “Cold Day In Hell” “I Won’t Get Back Up” as well as playing piano, organ, ukulele and accordion. “Jon Cobert is so freakin talented. I try to AlWAYS have him on everything I do. He’s like my security blanket. I am considering getting a life size cut out of him for any show I do that he can’t be a part of. Is that going too far?” Mac wonders aloud.

Co-producer, trumpet player, arranger and husband, Tim Ouimette (Ray Charles, Delbert McClinton) was the glue for the CD. Mac says, “I couldn’t have done it without his “ears” so to speak” Tim also arranged and played on the 2 songs with horns, (“Cold Day In Hell”, “Been There Done That”.) “Having horns adds a raucous element that I love”.
“I had 2 of my favorite drummers work on the CD, Denny McDermott (Donald Fagen, Boz Scaggs, Shawn Colvin) and Kevin Hupp ( John Oates, Iggy Pop, Rufus Wainwright). Both of them gave incredible performances. Bassists, Charlie Knicely, Al Hemberger and Lester Wilson also turned in stellar grooves. Guitarists and band members Peter Calo and Van Manakis provided the rich canvas and texture that gives each track its defining sound.

Good friend and brilliant guitarist/artist, Jeff Golub gave a moving performance on the acoustic version of Steve Winwood’s “Can’t Find My Way Home”.
“It is one of my favorite songs and I was honored to have Jeff add his moving artistry. To me it is devastatingly perfect in its expression of despair and one coming to a crossroad. Who hasn’t been there, at least once?”


Wildy's World Review
Kati Mac is in the zone on Save Me From Myself, blending stellar songwriting, adept vocals and a wonderful compositional sense that draws the listener in and holds you in place. There a couple of songs here where she pushes her own vocal range with mixed results, but one the whole Save Me From Myself is a splendid effort.

2012
Album Review Inside World Music posted a review of "Save Me FromMyself ". Read it here: http://insideworldmusic.blogspot.com/2012/08/cd-review- kati -macs-save-me-from-myself.html

Kati Mac is a New York-based singer/songwriter with a stunning resemblance to Shawn Colvin's emotive folk voice and guitar tunings with a little Trish Murphy angst. The alt-country-Western style of "Bullet Hole Road" cements Kati's mark on the world of upbeat, folk-country music with swooning dobro, earthy guitars, steady percussion, and raw vocals. "He's Memory To Me Now" is a candid and quaint little tune with Kati's vocals backed by her acoustic guitar with additional instrumentation. "Lord Have Mercy On Me" is a bluesy track with Southern guitar sounds and reverberating keys. Kati's emotive voice traverses a varied vocal range with an uppity instrumental arrangement featuring gritty guitars, B3 sounds, and percussion. "The Wheel Goes Round" is a folksy, Western ditty with backup vocals and classic country instrumentation of strings, piano, tambourine, and a Southern Revival ambiance without twangy vocals. "Cold Day In Hell" features a few horns and Broadway-esque instrumental arrangements with B3 sounds and crackling percussion. Overall, Kati's thirteen-track release is an excellent examination of the folk-rock-country genre that is not too heavy on rock, country, or blues. It is just good music. Fans of Trish Murphy, Shawn Colvin, and related artists will love it. ~ Matthew Forss

Save Me From Myself 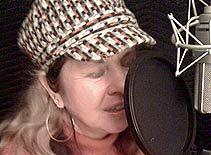 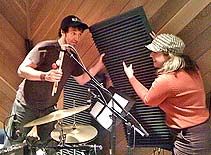 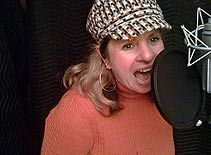 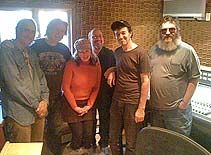 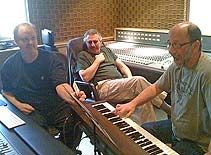 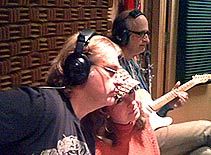 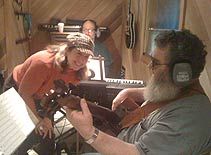 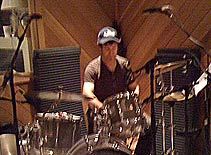 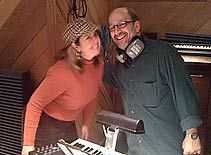 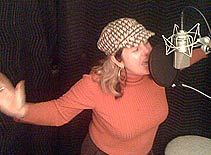 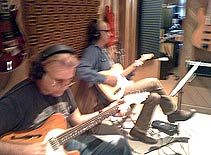 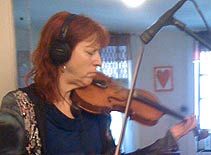 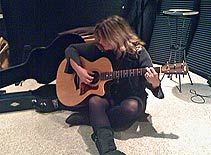 > or <
THE MAKING OF SAVE ME FROM MYSELF

Two years in the making, Save Me From Myself was a struggle to make. If it wasn't a broken septic it was a roof repair making me delay recording sessions. I finally had just determine that finishing this CD was my priority! ET VOILA!

The song Save Me From Myself was written two years ago with my friend and co-writer Rand Bishop. I had just dealt with a very dramatic situation with a close friend who wrestles with addiction in a way I had never seen before. Sad, tragic, frightening. I was able to unburden my shaken heart in this song. Rand's insightful and perfect guitar riff made melody come easy. He wrestled some demons away in the creation of the lyrics, too!

The sessions, recorded at Peaceful Waters Music, were fabulous. Working with talented musicians is always magical. Hearing my songs come to life from their creative input NEVER GROWS OLD.

When it was time to shoot the CD cover photos, Tim and I drove way out to New Jersey where Jim Barg (the photographer/designer) lives. What a beautiful area! The weather really cooperated. It was moody and evocative but not too cold. I love the location Jim chose. It was perfect. Can't thank him enough for his creative input.

I owe this CD to the kindness of all who helped me with this. I can't thank you enough.